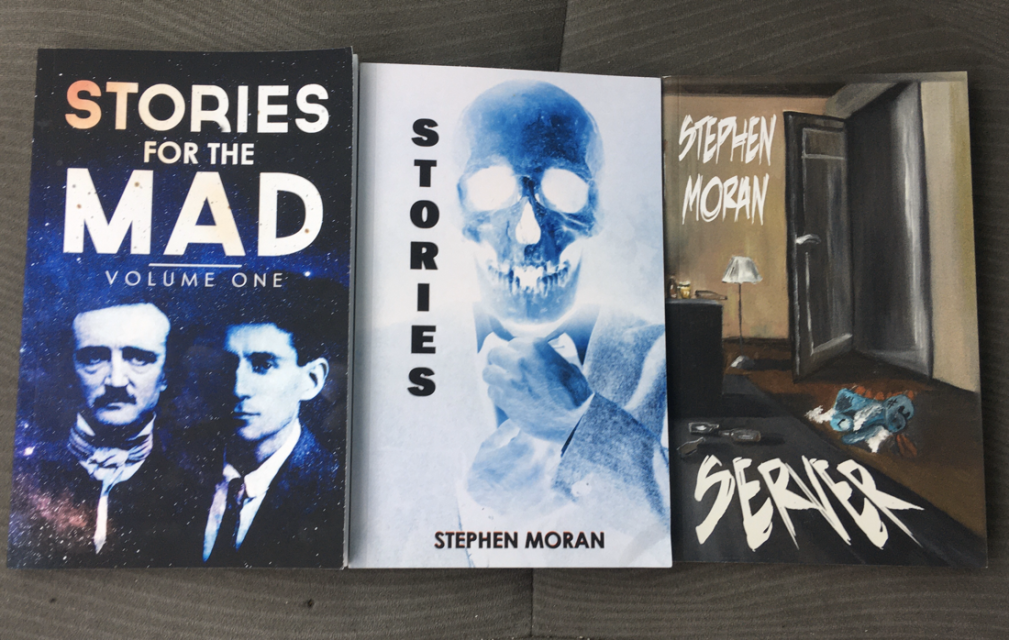 Get three paperback editions of short stories by Stephen Moran.

STORIES FOR THE MAD- the debut short fiction anthology from Moran Press. 13 tales of obsession, dread, and madness.

ELLA - a psychological thriller about a young woman finding her way in a man’s world. Followed by the FBI and stalked by an assassin, Ella seeks a man from her past - going on a cross-country journey to from Massachusetts to Las Vegas, leaving a trail of bodies in her wake.

SERVER - a collection of stories that forms a complete narrative unlike anything else you’ve ever read. Scott Holden is a waiter and writer - those two worlds clash with increasing frequency as the mental state of the narrator slides towards violencE.