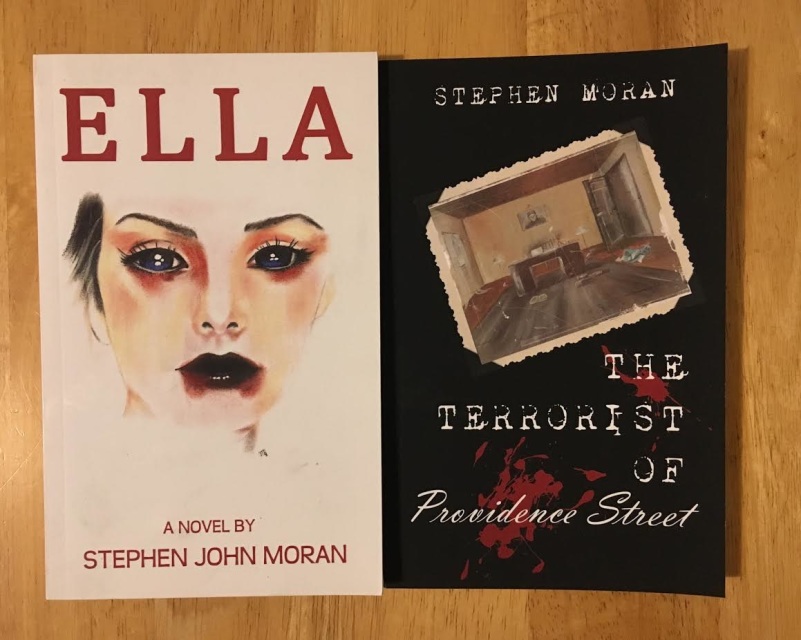 A beautiful 20-year-old writer haunted by a traumatic past. Trapped in a small-town where everyone knows her secrets, she flees on a road-trip across America in search of adventure and to find the man that holds the key to understanding the violent days of her childhood.

Two mysterious men stalk Ella on the odyssey from Massachusetts to Las Vegas - an FBI agent named Marcus that suspects her of being a serial killer and an assassin called Mr. Brown with a familiar face she can't quite remember.

At the core of her journey of self-discovery is the search for Ray Holden. Everyone tells her he is dead, but she refuses to believe it and her insistence on finding him sets off a chain of events that culminates in a shocking final turn.

Follow her journey to learn the answers to the burning questions. Who is Ray Holden? And more importantly...

Is the FBI correct? Is Ella Thomas a serial killer?

One reader described Ella as "Dexter meets Lolita". Read this fast-paced thriller to discover the truth about Ella Thomas.

The Terrorist of Providence Street

”Scott Holden lives two lives. In one, he waits tables, enduring an unending siege of abuse from customers, co-workers, and bosses. Invisible to them, he also feels like there’s a target on his back.In the other, Scott is a writer during furloughs from his working-class nightmare. But the line between his work identity and his artistic one is blurring under the strain. Is his life filling his fiction with violent daydreams or is his writing fueling the real-life desperation and darkness in his soul?"